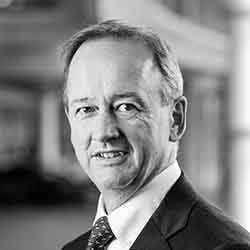 Jonathan joined McLaren Racing as operations director in 2001 to oversee the race team's operations and engineering processes. He was appointed managing director in 2004, and COO and acting CEO in 2014. He is currently Fellow, Institute of Directors and occupies a principal role managing technical and operational strategy for McLaren racing team.

The pace of technology change we are experiencing today is truly unprecedented and it is revolutionizing the way companies innovate from the design process to the way they deliver to their customers. This wave of digital transformation is providing companies with access to real-time data and critical insights that enables them to accelerate the R&D process, improve operational efficiency and create a sustainable competitive advantage. McLaren is at the forefront of this digital transformation, spanning their F1 racing team, automotive design manufacturing and new areas in healthcare. Join this Fireside chat with Jonathan Neale, CTO McLaren Group to learn more about what they are doing to drive the company’s digital transformation.

Auditorium
Tue 29 10:20h - 11:05h Auditorium
Read more
We use our own and third-party cookies to improve our services and show you advertising related to your preferences by analysing your browsing habits. If you continue to browse, we will consider that you agree to their use. You can change the settings or get more information here.ACCEPT